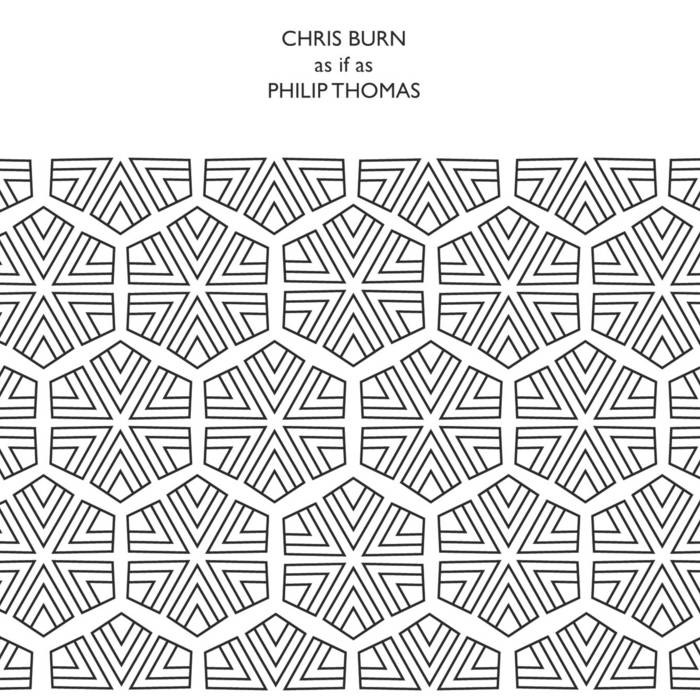 as if as, only the snow, pressings and screenings, the sky a silver dissonance composed by Chris Burn between 1999 and 2005.
​
from ten, two and three composed by Derek Bailey; transcribed and arranged by Chris Burn.
​
from ten, two and three ⓒ Compatible Recording & Publishing Limited
​
Performed by pianist Philip Thomas with Kate Ledger as second pianist on the sky a silver dissonance. Recorded University of Huddersfield, Phipps Hall. 16th -17th September 2009. Recorded and edited by Stuart Binns
​
The music on this disc is vivid and colourful, vivacious and brilliant, but it also rewards close and attentive listening, not just for the subtleties of the harmonics which are revealed after attacks, but also for the silences, the anticipations, and the overriding attention to sonority. Chris is a musician of extraordinary range and curiosity. As well as one of the most brilliant improvising pianists working today, he is an insightful interpreter of music by, amongst others, Henry Cowell (whose music he performed superbly and recorded in 1993 for the Acta label) and John Cage, and is a fine performer on trumpet and electronics. I am so thrilled that this recording enables a further glimpse into the work of Chris Burn, composer.
(Philip Thomas -February 2018)
​
In another circumstance we would be here talking about a record of improvisations for piano. But in the case of As If As, what appears to be improvised – at least most of it – is scored. More precisely by Chris Burn, a clever pianist specializing in interpretations of Henry Cowell and John Cage’s works among others, and a multi-instrumentalist composer, arranger and conductor whose activities in the English free music collectivity are well documented. Philip Thomas, himself an outstanding pianist, is the right man to concretely project Burn’s perspective (including a transcription of, get this, extracts from Derek Bailey’s Solo Guitar Vol.2). The grammar of this album may be rather difficult to understand for the newcomer given the large doses of harmonic atypicality and rhythmic fragmentation, yet it is chock full of delights for those who can distinguish between a rational balancing of said and unsaid and random rants replete with purposeless gesticulation. Thomas – aided by Kate Ledger in the final track “The Sky A Silver Dissonance” – lets the music breathe beautifully, translating with rare incisiveness the spaces, velocities, beams and clusters provided by Burn’s writing. In the introductory notes, he emphasizes “the subtleties of the harmonics which are revealed after attacks, but also (…) the silences, the anticipations”. He obviously can’t state that it is thanks to his prowess that these characteristics shine as we, the lucky ones, listen. Such kind of fairness in a virtuoso’s attitude will find favorable ground in this writer’s soul forever. Hopefully, the same will happen to the readers persuaded by the words. (Massimo Ricci / touching extremes)
​
Transcribing Derek Bailey guitar improvisations for solo pianist might seem like a uniquely pointless exercise, one that rubs against the grain of everything Bailey preached about the liquidity of improvised music; sounds that exist in, and for, the moment only. But as pianist Philip Thomas points out in his sleeve note, Chris Burn’s transcriptions of material from Bailey’s 1991 Solo Guitar Volume 2 give an objectified analysis of the guitarist’s practice and aesthetic. Burn developed these piano transcriptions out of an earlier version he made for the improv trio Cranc, and the ‘stringiness’ of that group’s violin, cello, harp line-up has bled through into his piano rethink; Thomas, you fancy, is plucking the keyboard rather than attacking it with his fingers. The most radical departure from Bailey is due to the piano’s fixed tuning and temperament: some of those perfect fifths and open thirds, sheathed in overtones and resonant sustain on the guitar, sound dangerously naked on the cleaner-cut piano. As a consequence, light shines on the architectural clarity underlining Bailey’s improvisations, and you’re sent back to the original record to discover them anew. Surrounding the Bailey transcriptions is a set of Burn’s own compositions, which reconcile Henry Cowell and John Cage with Cecil Taylor and Muhal Richard Abrams. As If As, Only The Snow, Pressing and Screenings and the two-piano The Sky A Silver Dissonance (for which Thomas is joined by Kate Ledger) are all scampering and elusive – sounds entirely of the piano apparently happy to escape its confines and history. (Philip Clark - JAZZWISE)

If you prefer physical product, the CD edition is available to order here; www.confrontrecordings.com/chris-burn-philip-thomas-as-if-as