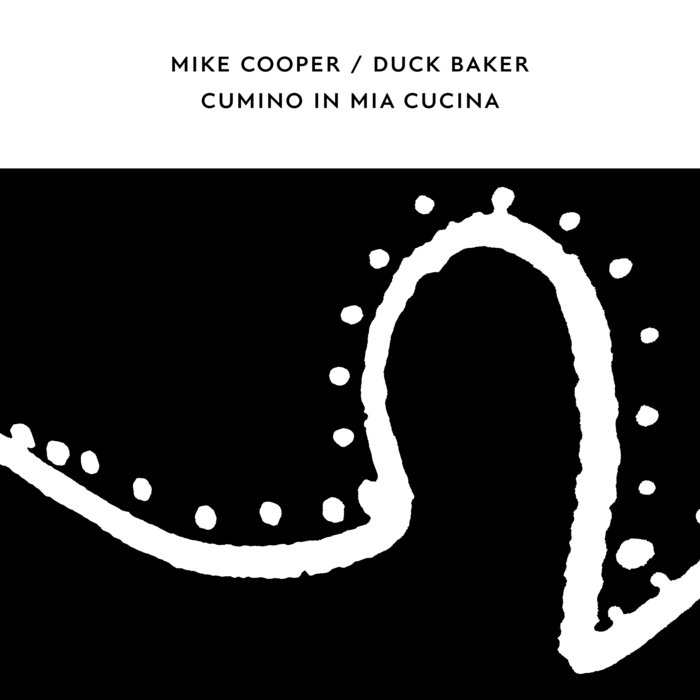 Florian Janyszek Great interplay between Cooper and Baker. Even though this album was recorded at a kitchen table, the sound of the guitars is nicely detailed and the background noises add some nice texture.

Acoustic nylon strung guitar is not something I usually play but a visit by Duck Baker to our home in Rome inspired me to dig out my Brazilian version. I met Duck at Stefan Grossman’s house in the late seventies and embarrassed myself by replying to his question about what did i play by answering "you probably wouldn't understand", assuming he only played folk music. He produced from his bag and gave me a copy of a record with him, Henry Kaiser, Eugene Chadbourne, Owen Maercks, Randy Hutton in improvised music trios. I think at that point I had never heard of any of them. I had just returned to the UK from Spain and was looking for a new direction for my music to go in and this, as well as discovering the London Musicians Collective, was what I needed to send me into some new musical space. These improvisations were recorded - on a Zoom H2 - in our kitchen in Rome, hence the title, Cumino in Mia Cucina.
(Mike Cooper)

I started touring England in the late ’70s when I was making folk/blues/ragtime guitar records for the Kicking Mule label. These tours made me a frequent visitor at the home of Kicking Mule boss Stefan Grossman in Fulham, and I met many other folk/blues musicians there. Mike Cooper was introduced to me as one of these, but he seemed unimpressed when he heard that I played such fare, and told me that what he really WAS interested in was any American guitarists who might be playing free improvised music. Well, says I, pretending not to be amazed, I guess I’m one of these guitarists you’re interested in, and there are some more on this record that just came out. So I showed him my copy of Eugene Chadbourne’s Guitar Trios LP, which featured Eugene, myself, and Randy Hutton on one side and Eugene with Henry Kaiser and Owen Maercks on the other. I don’t think Mike and I dared to play any free music in Stefan’s house that night, but we did get other chances over the years, and finally one day when I was visiting Rome in 2010, we sat down and recorded. (Duck Baker)