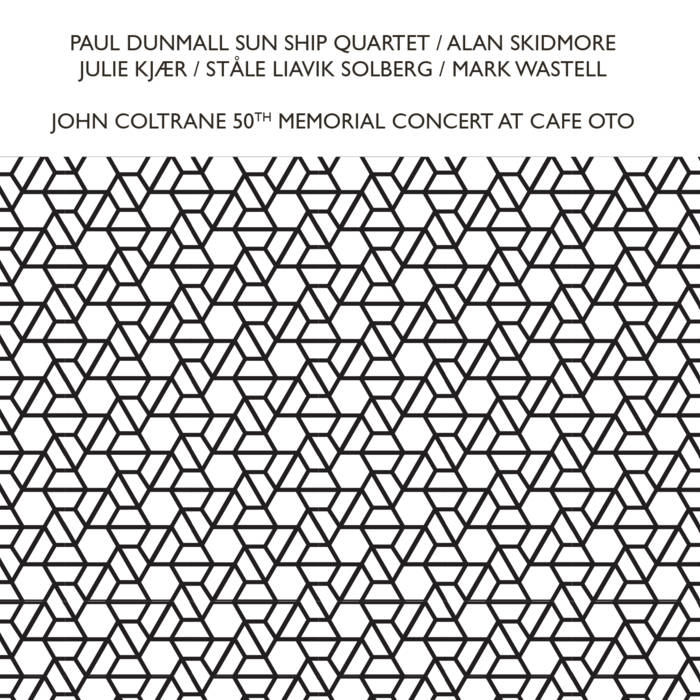 Florian Janyszek This tribute really manages to capture Coltrane's spirit. The improvisations on Coltrane's compositions are all excellent and so is the opener track which is inspired by Coltrane's work but not one of his compositions. Absolutely worth listening!

"John Coltrane’s music developed at such a breakneck pace during the two decades that he was active that it would be hard to single out one moment that encapsulates his legacy. This memorial gig – held on the 50th anniversary of Trane’s death, aged 40, on July 17th 1967 – solves that problem by focusing exclusively on the last couple of years of his life, by which time he had emerged as a champion and pioneer of the free-jazz avant-garde. The opening act – a newly-formed international trio comprising Danish flautist (and sometime saxophonist), Julie Kjær and two drummers, Mark Wastell from the UK and Ståle Liavik Solberg from Norway – takes inspiration from the 16-minute track ‘To Be,’ from the 1967 album Expression (released just two months after Coltrane’s death), on which he and Pharoah Sanders played flutes. At that time, Coltrane was also experimenting with multiple percussionists and, here, the twin drummers set up a restless undertow of small gestures, over which Kjær extemporises melodic fragments for flute with a calm determination. For the main event, the showcase’s attention gazes further back to 1965 and Coltrane’s Sun Ship – with all five of the album’s tracks reinterpreted by ursine British tenor giant Paul Dunmall’s Sunship Quartet featuring the explosive rhythm section of bassist Olie Brice and criminally under-recorded drummer Tony Bianco, plus second tenor-man Howard Cottle. Using Trane’s brief, fanfare-like heads as springboards into high-energy group improvisation, the quartet summon an utterly convincing and powerfully transporting free-jazz blast. When veteran UK horn man – and fellow long-time Trane acolyte – Alan Skidmore steps in to add a third tenor to the mix, a frisson of anticipation ripples through the room: not, these days at least, so well known for avant-garde strategies, just what would Skid contribute? The answer is a rugged lyricism that slips beautifully through the cracks of the turbulent melee, illuminating it from within. To wrap things up, every player involved in the evening crowds the already cramped stage of Café Oto for a brief mass blow-out in the style of Coltrane’s epochal large-group 1965 free-jazz session Ascension. A fine, noisy, passionate finale." (Daniel Spicer JAZZWISE)

All compositions by John Coltrane except track one, which is by Kjær, Liavik Solberg, and Wastell.